Nursery pro Don Shor has been gardening and selling plants in Davis for more than three decades. Join Don and co-host Lois Richter as they discuss and answer your questions on all things for the garden. To submit a question (or a brag!) send to gmail.com for DavisGardenShow.

Updated Aug. 13 with link to Live Tracks that featured short talks with musicians who played with Gary, plus information about Davis Music Connections program on Aug. 17

We’re sorry to report this news: Gary Lee Yoder, whose Davis band Oxford Circle became part of the San Francisco Sound in the 1960s, died on Saturday, Aug. 7. He was born in 1946.

Gary lived in Davis most of his life, and continued to perform in town after returning to Davis following his time in the Bay Area.

He was also a member of the Davis High School Hall of Fame as a player on the school’s undefeated varsity boys basketball team of 1961-62.

After Oxford Circle broke up, he and band co-leader Dehner Patten formed Kak. The group played fewer than a dozen concerts but recorded a self-titled LP for Epic in 1969, renamed Kak-Ola when released in expanded form on CD. Many listeners consider it to be an obscure gem from the psychedelic era. A live recording of Oxford Circle was released on CD.

At least three KDRT program hosts plan to play some of Gary’s music: 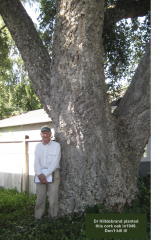 Lots of science today!  Phytophthora [fi-TOF-thir-a] is an organism [no longer considered a fungus] that has invaded world-wide.  Many species exist. The one of concern in Davis and inland California attacks plants when ground conditions are HOT AND DAMP! (That is, high humidity and high temperature at the crown or roots for 48 hours.)  Since we don't have rain here for eight months, the only way there can be enough moisture to allow Phytophthora to grow is if HUMANS  apply water too often -- that is, they don't give the area time to dry out between waterings!  Luckily, Don Shor has studied this organism extensively and helps us understand Phytophthora's life cycle and so learn how to reduce our risk.  PS:  That word "Phytophthora" literally translated to "plant death"!!!  PPS: It's already here -- in the ground, on plant roots -- you can't avoid it if you garden.

Even old, established trees can be killed by Phytophthora if the watering changes.  This photo is Dr Milton Hildebrand standing beside a cork oak he planted in 1949. 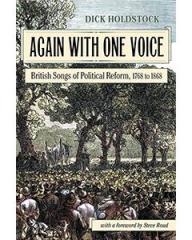 Long-time Davisite and traditional folk singer, Dick Holdstock, has written a book about the spread of broadside ballads as agents of political reform in 18th and 19th century Britain. On this week's show, we celebrate the publication of Dick's book with ballads sung by Chumbawamba, Maggie Holland, The English Country Blues Band, The Waterboys and others. Also: new music from Skipper's Alley, Show Of Hands, John Spillane, Watchhouse, and Vincent Neil Emerson.

Louis Armstrong and His Hot 7 with Potato Head Blues, Artie Shaw doing Begin the Beguine, Benny Goodman and Charlie Christian with Rose Room and Benny Goodman doing Body and Soul. We'll hear Erroll Garner with his composition Misty, Andy Kirk doing A Mellow Bit Of Rhythm. Miles Davis performs 'Round About Midnight, Louis Prima with Body And Soul, Ella Fitzgerald sings Fascinating Rhythm. Duke Ellington And His Orchestra play Lullaby Of Birdland; Billie Pool with Stormy Weather, Duke Ellington doing One O'Clock Jump. Ella Fitzgerald: performs You'll Have to Swing It, and then we take it out with Dianne Reeves singing Ain't Nobody's Business (If I Do). 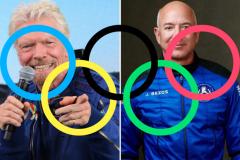 The title is correct. On today's (July 30) Listening Lyrics, we look into two top news stories and add the wonderful world of song to help us understand. 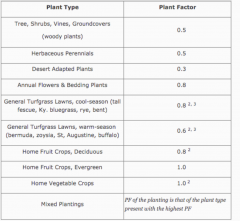 NEW, EASY WAY to figure out your drought watering! Don shared the research from the University of California, Division of Agriculture and Natural Resources -- Center for Landscape & Urban Horticulture, showing how little water different plants can survive on. Not be happy, but survive.

Lots of info about watering -- trees, shrubs, food plants, and beneficial insects. (Lois asked about making an insect watering hole with wet sand.) One listener writes about her "spider mite apacalypse" and wonders how to keep her melons alive until harvest.

Why do plants look stressed the third year in the ground when "they did fine last year"? How much water a plant needs depends upon how big it is! So as a young plant grows bigger, you need to give it more water (either water longer or add another sprinkler head).

"Grad Students Help with Soil" is the Davis Enterprise headline; "providing soil diagnosis [texture and pH test] and advice to gardeners" is the service; Saturdays (9:30-11:30) at Davis Farmers Market is the when/where. The service will continue every Saturday thru August 21.

A quiet revolution of Irish folk music is stirring amongst young acoustic bands (like Lankum and Skipper's Alley) as well as from singer-songwriters (like Declan O'Rourke, Joshua Burnside and John Spillane) and singers of traditional ballads. On today's show, we highlight three such singers: Dublin's John Francis Flynn, County Armagh's Dani Larkin, and Santa Cruz transplant Amelia Baker. The latter (pictured here), trading under the name Cinder Well, has just released a stark and beautiful, pandemic-inspired album titled No Summer.

Our featured performer tonight is Tommy Flanagan, mellow jazz pianist whose recording career spanned more than four decades with his own band, as sideman on countless albums, and as the primary accompanist to Ella Fitzgerald for over a decade. 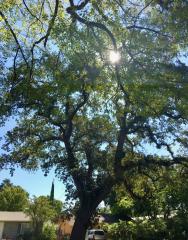 We all know trees are vital, especially in Davis. Imagine this city without them, especially when it's 112 degrees* outside. Today we talk with Erin Donley Marineau, whose job as executive director of Tree Davis means she's one of the people responsible for keeping the city well-tree'd.

Coast redwoods in interior California. Many redwoods were planted in Davis years ago; should we add new ones now? What might we substitute for them?

Compacting soils can cause problems.

"Mulch is for on top, not underground."

And more answers to listeners' questions. Submit yours for inclusion in a future show by emailing Don Shor and Lois Richter at DavisGardenShow@gmail.com