Each week on Celtic Songlines, join host David A. Reynolds and explore the timeless sound of traditional, ancient and contemporary music from around the Celtic world, featuring artists celebrating the traditions of Ireland, Scotland, Wales, England and other Celtic lands.

For this 10th Anniversary show of Jazz After Dark, I went back to find our very first playlist from October 26, 2010, and pulled a few of those first jazz numbers, along with some old favorites from the other early shows of 2010 and 11. We’ll hear from Bix Beiderbecke, Eubie Blake, Sidney Bechet, Artie Shaw and His Orchestra, Erskine Hawkins, Ella Fitzgerald with the Ray Charles Singers, Gerry Mulligan, Tony Bennett, Miles Davis, Dave Brubeck, Frank Sinatra, Ramsey Lewis, The Crusaders, Dianne Reeves, Don Ellis, and Allen Toussaint. 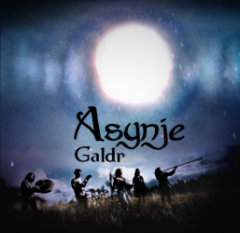 It is written that the history of Halloween reaches back to the ancient Celtic celebration of Samhain (pronounced "sow-win" or "sah-win"). The word "Halloween" comes from "All Hallow's Eve" or hallowed evening, a period of year mid-way between the Autumn Equinox and Winter Solistice.

This week on Celtic Songlines we celebrate this period of year with the sometimes haunting and other times introspective sounds of Celtic music.

So, a group of local clergy walks into a community media station…it sounds like the start of a joke, but rest assured it’s not. More like, a sign of the times.

For the past seven months, I’ve been talking to people about how COVID has impacted their lives — how it’s changed their business, their operations or services, and their lives. As I’ve also mentioned many times during this course of this show, it’s not just a global pandemic we’re weathering--2020 has been a highly complex year, one where layers are being peeled back on institutionalized racism, where fear and scarcity loom large, and where divisiveness seems to be the order of the day. In short, we’re a highly stressed populace. 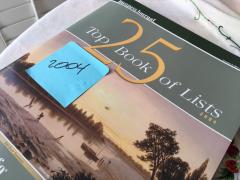 So … have you heard about the Book of Lists? Did you even know they exist? The lists collect information about Greater Sacramento and other large cities and metros nationwide – not just statistics that might interest an accountant, but also lists like minority- or women-owned businesses, or largest employer in Yolo County, or fastest-growing companies. You can learn a lot about an area by reading them. My guest today has helped research and create these lists for 36 years in our area: Sharon Havranek, who will retire as senior director of research for the Sacramento Business Journal at the end of 2020. Today we hear what the lists are all about, including some of the colorful details—such as the time they counted cars in an employees’ parking lot to help figure out how many people worked for a prominent but reticent company, and why she decided never to repeat the list of top state Lottery sales outlets.

Coming up at 8 pm tonight on Jazz After Dark: our featured performer is Earl Hines. Selections will cover the whole arc of his career, from 1928 work with Louis Armstrong to solo performances from the 1970’s. Along the way, Earl ‘Fatha’ Hines performs with Johnny Hodges, Jimmy Rushing, Budd Johnson, Paul Gonsalves, and more. Plus some songs by Art Blakey and the Jazz Messengers, and a languorous performance of God Bless The Child by Sonny Rollins. 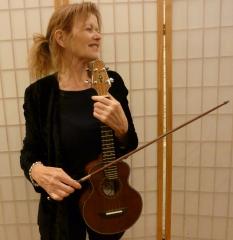 Sylvie Simmons writes about music - and plays music. She's an award-winning rock journalist - one of the very few women included among the predominantly male rock writing elite - and a best-selling author whose books have been translated into more than 30 languages.

Her most recent books are last year's Face It: Debbie Harry and, in 2012, the definitive Leonard Cohen biography.

She has also written books on Johnny Cash, Serge Gainsbourg and Neil Young.

Then after four decades of writing about music and musicians, Sylvie did the near-impossible and crossed over to being a singer-songwriter herself, accompanying her original songs on a ukulele. Signing a record deal in 2014, she released her debut, Sylvie, which the UK Guardian called "one of the most beautiful albums of the year". 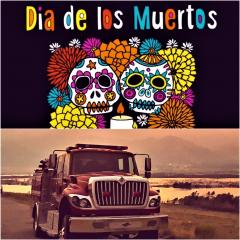 Each October, the Davis Cemetery District & Arboretum holds a marvelous Dia de los Muertos celebration. Can you think of a more fitting setting for our local adaptation of this beautiful celebration of life and death that originated in Mexico, and today is celebrated all over Central America and here in the U.S.? Despite COVID, the celebration is on, and we'll hear from Executive Director Jessica Smithers how it's been adapted for this year. We'll also learn about some of the other unique features of this suprising local resource.

Free Speech Week has been celebrated in the U.S. since 2005.  To kick off this special week, we're joining with non-commercial media centers across the country for Community Media Day on October 20th, and will debut a short video highlighting our wide array of  grassroots activities and local projects. Throughout the week, we will continue to post special videos and photos on our social media pages - Davis Media FB  and KDRT FB .  We'll feature our projects in youth media, social justice, community-based public affairs, local election education, and advocacy for local nonprofits,  arts and music.

Greg Tressel is this week's guest.

Growing up in the San Francisco Bay Area, Greg was exposed to wide range of musical styles, from psychedelic rock and blues, to the Bakersfield country sounds of central California. Starting bands as a teenager, and as a young man moving to Nashville with a songwriting -publishing contract with the Paramount Music Group, he continued to write and play his music.

Through the years, Greg moved into the management and promotion part of the music business, working with such artists as John Hiatt, Joe Bonamassa, and B.B. King. He now lives in southern Oregon.

Songwriting has always been his first love, and in the past few years Greg has released three diverse original albums of new music: “The Hard Way,”  “Ankle Deep in Love,” and his current “Half Way There,” which features the single and video  “Keep Facing the Sunshine.” It's a very upbeat song for our times.