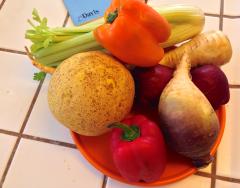 City Painted Gold is the third studio LP from bluegrass-folk band The Brothers Comatose, which will be released on March 11th. Between a solid couple of albums and a energetic live performance, The Brothers Comatose have inspired a loyal following that funded this album on Kickstarter, bringing it into fruition. The frontmen for the group are brothers Ben and Alex Morrison, who provide lead vocals for the band, with Ben on guitar and Alex on the banjo. The first song on the album, "Brothers," is a lively tune that delves into the relationship between the two men. Other members of the group don't dissapoint either, especially Philip Brezina, who plays a mean fiddle. Throughout the album, the energy level is kept high thanks to quick, foot-stomping rythyms and carefree, soaring vocals, most notably on standout tracks "Angelina," a contagiously hopeful love song, and "How the West Was Won," which through its lyrics and quick tempo paints an adventurous and chaotic picture of Manifest Destiny. City Painted Gold is an excellent album that will please fans and newcomers alike, and hopefully we will hear more from these five men soon.

Randy Berka works as a scientific manager at a local biotech company in Davis by day, but pursues his passionate hobby of music after hours.  He has played guitar, bass and harmonica with a number of rock bands since the late 60s.  Randy grew up in the Midwest (a small town in Iowa) where he performed with bands such as The Lazy River Band and Shadrack. The Lazy River Band's most recent CD entitled "Now & Then" and a single called "Man of Steel" were released just a few years ago (both are available online). The Lazy River Band still meets every year or two for gigs wherever and whenever they can arrange it.  Randy co-wrote the Shadrack single "It Was Me/I Wonder Why" on the Sonic label in 1972 and played on the LP "Shadrack Chameleon" in 1973. The album was re-released on the Gear Fab label nearly a decade ago.  Since moving to the Davis area in the early 90s Randy has played with a group of co-workers calling themselves The Amplified DNA Band.  They performed at a variety of local venues including the Rock'n'Roll Hall of Fame in Cleveland when they competed in Fortune Magazine's Corporate Battle of the Bands. He also plays an assortment of local gigs with QuidZin, The Plainfield Pickers, Stones Throw, The DNA Mechanics, and The Steve Kotarek Band.

AotW this week is Roxy Music's second release, For Your Pleasure, produced by Chris Thomas and released on the Island label away back in 1973. Roxy Music took an experimental, arty approach to glam, and--like contemporary David Bowie--influencing much of the U.K. punk and new wave to come. As with the band's first (self-titled) release, the roster on For Your Pleasure is Bryan Ferry on vocals and keyboards; Brian Eno on synthesizer and backing vocals; Phil Manzanera on guitar; Andy Mackay on oboe, sax, and a wonderful Farfisa; John Porter on bass; and Paul Thompson on drums. For Your Pleasure was the last Roxy Music recording for Eno, who left to gain a tremendous amount of fame as a solo-artist, producing innovative electro-pop. Ferry also achieved hits as a solo artist, including his cover recordings of popular standards.