One of the top selling jazz albums in history. Yet KIND OF BLUE is kind of a mystery. Lost masters, flaws in recording, tape speeds set incorrectly. Listen in as host Jesse Deere kind of tries to solve  (or atleast) explain this to us all.

Ben Lewis and Brian Morgan are founding members of the Davis based six member folk, rock, funk and soul band Sometimes Warren. Tune in to hear about their new Davis music studio project and hear them play a couple of songs.  Catch them at Delta of Venus on May 1st.

This week I will be playing selections from three albums. One is a new release from Richie Lawrence. Jason McNiff is from the UK who toured California recently. The last one is from the Sweetwater String Band out of Colorado. All of these beauties are well crafted and a pleasure to hear. So join us as we spin selections from the following.

We are honored to spend some time with American musical storyteller and guitarist Tom Brosseau on Thursday, March 12th. First he'll join us on air at 4:30p for Live in the Loam, where he'll play some tunes and chat about his upcoming projects, including his new record, Perfect Abandon on Crossbill Records. Then we'll move to the DMA studio for a live living-room-style concert cosponsored by the Davis Live Music Collective. Ben Lewis and Brian Morgan open at 7p. Click here for ticket info (limited availability). Visit Tom at tombrosseau.com. 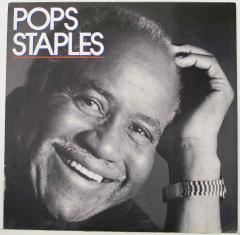 Dead Wax Episode 19 is on @ 5pm tonight. It's an hour of Soul! Pops Staples' posthumous final album, Don't Lose This, was just released. His daughters, Mavis, Yvonne and Cleotha Staples, join him on the album. Originally recorded and produced in 1999, this recent production features Jeff Tweedy on guitar and bass with Spencer Tweedy on drums. According to the record label, Anti-, "the album takes its title from the instruction Pops gave to Mavis as the two listened to the unfinished recording before his death: “Don’t lose this.” The sparse arrangement brings out the best in Pops impassioned vocals. Pops passed in 2000, and Cleotha recently passed, too, marking the end of an era. We'll play 3 tracks from this excellent release, plus classic Otis Redding on MONO vinyl, Albert King, Mike Farris, and Stevie Wonder! 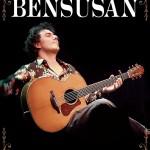 Coming to us from France is one of the worlds most celebrated guitarist. -  - Described by the L.A. Times as "one of the most unique and brilliant acoustic guitar veterans in the world music scene today", Pierre Bensusan was voted "Best World Music Guitar Player in 2008" by Guitar Player Magazine Readers Choice. His name became synonymous with contemporary acoustic guitar genius, long before the terms New Age, New Acoustic Music or World Music were invented. He has the ability to make a single guitar sound like an entire band as he brings the audience on a mesmerizing musical journey. And yet, Bensusan is more than what any musician or music lover expects from a guitarist. He is a composer as well as a bilingual and a brave improvisational vocalist, melding whistles and resonant low notes with something like his own scat technique.

Alice DiMicele seeks to uplift the human experience through music. Her lyrics are love incantations to the elements earth, water, fire, and air. Drawing from a rich musical background including folk, jazz, funk, rock, and soul DiMicele's acoustic music incorporates many styles creating a fresh funky stew all her own. With her powerful band behind her, or alone with her acoustic guitar Alice's multi-octave voice soars high and rumbles deep. As a lyricist and singer DiMicele invokes passionate emotion. 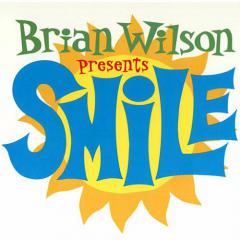 Brian Wilson Presents Smile (also referred to as Smile or the abbreviation BWPS) is the sixth studio album by Brian Wilson, released in September 2004. It began as a series of concert performances which were later adapted for a 2005 direct-to-video concert film of the same name.

Sylvie Simmons is a London-born, San Francisco based music journalist, named as a "principal player" in Paul Gorman's book on the history of the rock music press In Their Own Write (Sanctuary Publishing, 2001). A widely regarded writer and rock historian, she is one of very few women to be included among the predominantly male rock elite. She is also the author of a number of books, including biography and cult fiction.

In 2010 her liner notes for the CD/DVD Leonard Cohen: Live at the Isle of Wight (Sony) won her an ASCAP Deems-Taylor Award.[2] Her interview with Tom Waits featured in Tom Waits on Tom Waits (Chicago Review Press, 2010) and, the same year, Simmons made an appearance in the film The Mighty Uke: The Amazing Comeback of a Musical Underdog. Simmons worked on her major biography of Leonard Cohen for most of the three-year period from 2009 to 2012. 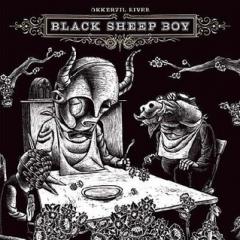 Will Sheff sounds mad. Not angry mad, but the other mad-- nearly hysterical. On Okkervil River's fourth album, Black Sheep Boy, he oversings beyond the limits of taste and vocal cords, either belting the notes forcefully or overenunciating his syllables at quieter moments. You can even hear his agitated spittle hitting the microphone on "For Real". It's as if his voice is too small a vessel for the big ideas and even bigger emotions that drive the band. As Pauline Kael once wrote of Gene Wilder, Sheff "taps a private madness," as if the pain and heartbreak around him-- the runaway sons, abused daughters, lost friends, damaged lovers, and doomed relationships that comprise the world of the album-- push him to caterwauling arias, his hysteria barely bottled by the demands of his carefully constructed songs.