Gary Clark Jr.'s versatility is both blessing and curse. The Austin ace's 2012 breakthrough album, Blak and Blu, shuffle-mixed through blues roots; raw, Hendrix-channeling solos; glossy, modern R&B; and points between, but never quite figured out how to connect the dots. Three years later, his studio follow-up does — mainly by focusing on his unfuckwithable guitar. Clark carves out a Prince-ly room of his own with wah-wah-washed acid rock ("Grinder") and ping-ponging, Bootsy-tinted funk ("Star"). There's also the rap-cadence soul of "Hold On," with echoes of Marvin Gaye and Kanye West; the deep groove of "Wings," a slinky duet with Austin singer Tameca Jones; and "Church," a stripped-down folk meditation à la Taj Mahal that unpacks the drama behind one man's prayers. The playing never stumbles, though the writing occasionally does: Murder-ballad tradition and sexy falsetto notwithstanding, the woman-in-the-crosshairs image in "Cold Blooded" seems questionable in a nation toxic with domestic violence. 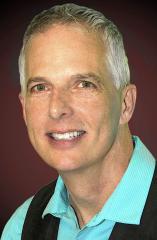 Even if you don’t own stocks, you’ve probably heard about the steep price swings in the stock market since August, and perhaps wondered what they mean. Brad Barber, a professor of finance at UC Davis, is an often-quoted expert (New York Times, Wall Street Journal, CNN) on the market, investor psychology and related subjects. On today’s show we talk about investing in stocks, this year’s volatility, his research into the habits of the average investor, and the evolution away from pensions that guarantee a defined payout.

Jagged Rocks is 16 tracks of loud, up-tempo jazz. One might mistake it for an instrumental rock album if it weren't for Kamasi Washington's melodic tenor-sax solos on nearly every track. Also at the forefront of the production are the drums and the guitars, which wouldn't sound out of place on a garage-rock recording, as exemplified by tracks such as "Doesn't Matter Now," "Kalim," and "Breaking Dishes."

This thoroughly enjoyable album never gets boring and never loses energy--worth a look for all jazz fans, especially those wanting a strong influx of energy into their playlists.

The 2nd Friday ArtAbout is a huge favorite in the downtown Davis scene. KDRT is pleased to announce that starting on October 9 we will broadcast LIVE from Armadillo Music for 2nd Friday events. Our host Tim Spangler will interview the performers in between the music. This month's guest will be the Winters band Polyorchids. The show starts at 6:30 p.m. All are welcome.

Rita Hosking will join us in the studio to talk about her new album “Frankie and the No- Go Road”  Rita is an American composer and musician based in Davis, California. She plays Americana and bluegrass styles of music with both standards and original songs. She has been performing around the country at concerts, festivals, and other venues.

"Hosking's music isn't like the polished, over-produced music found in pop culture. Hers is a minimalist sound that reflects a simpler time and place: a little country town, rather than a big city."

Leading up to her 2010 performance tour of Great Britain, she received increasing attention on the "East Side" of the pond. Reviewer Paul Kerr of Americana-UK remarked that she is "a very talented artist with the ability to step up to that pantheon of great female country folk singers and writers."  Hosking has played to packed venues in England, Wales, and Cornwall. Visit Rita at http://www.ritahosking.com/music

This week Jesse and Pieter feature the debut LP from the Hard Working Americans! This album is Americana at its best, featuring songs rooted in the blues, alternative country, and rock. Hard Working Americans are a super band of sorts, featuring Todd Snider and a group of his friends: keyboardist Chad Staehly (Great American Taxi), guitarist Neil Casal (the Chris Robinson Brotherhood and Ryan Adams & The Cardinals), bassist Dave Schools (Widespread Panic) and drummer Duane Trucks (King Lincoln and Col. Bruce Hampton’s School of Music). Despite Todd Snider’s obvious songwriting abilities, they chose to cover songs from some of their favorite artists, all dealing with day to day struggles of the low-down and down-and-out. Great lyrics, great instrumentation and Todd Snider’s vocals! An anthemic album for those of us on the left side of the tracks. One of my favorite albums from 2014.

David Myles is an accomplished folk artist from Nova Scotia, and he has recorded nine studio albums, a live album, and So Far, a compilation of his greatest hits since his first studio effort in 2005. It is clear that David Myles has never steered clear of his folk roots during his career, and it is a testament to his consistency that So Far isn't uneven, but actually quite smooth and easy on the ears. This could undoubtedly be contributed to the production, which focuses on Myles' smoothing voice and the guitar, leaving other instruments to fill in the background, creating consistent flow throughout all the songs on the album. However, the compilation never branches out, and sometimes the tracks begin to feel a bit repetitive and tedious, such as "Carry Me." However, the livelier tracks, such as "Need a Break," "When it Comes My Turn," and "I wouldn't dance," provide much needed jolts of energy.