Stolen from a review in NY Magazine when You & Me was released in 2008. I love these opening remarks:

The Walkmen have just made a gem of a rock album, but should anyone care about such a thing? You & Me is an album in the long-format sense of the word. It plays for about an hour, fourteen songs meant to be listened to one after another with undivided attention. It rewards that attention with small pleasures: guitar and organ playing off each other’s reverb, bass and drum dancing in and out of step, horns and vocals collapsing into a single bellow. In essence, it offers that luxuriant buzz that made rock and roll one of the great narcotics of the last half-century.

Settle into this one and hopefully, buy, enjoy, repeat many times over.

Have you seen the Sunday lineup for Treasure Island Music Fest? Wowzers!

The National are headlining, which is really great for them and everyone who gets to experience their set (jealous). Then again, it won't top the time I saw them at Bimbo's 365 for the Boxer tour (braggart).

Trouble Will Find Me is their 6th lp, released in 2013. It was Album of the Year that year as far as I'm concerned.

I look forward to spinning the double vinyl tonight!

Although Thee Oh Sees initially announced a hiatus in late 2013, this will be the band’s sixth album in the past five years. Mutilator serves as the follow-up to Drop in April 2014.

A press release describes Mutilator as “made to be played loudly and demands bodily sacrifice,” adding, “Despite the plutonium heavy feel, Thee Oh Sees continue to be omnivorous. Synths and acoustic guitars wind throughout the album like veins of gold through granite.”

"One of the best live bands of the new millennium." ~ Danny 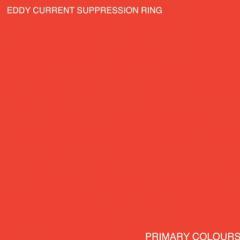 Primary Colours is the second album by Australian garage punk band Eddy Current Suppression Ring. The album was recorded in a suburb of Melbourne over a 24-hour period in August 2007. The album was first released on Aarght! Records in Australia only on 5 May 2008, then on 9 September 2008 on Goner Records in the United States, and finally in the United Kingdom on Melodic Records on 17 August 2009. (Wikipedia)

I was extremely lucky to catch a set of theirs at Serra Bowl in July 2010. Supporting acts included: Thee Oh Sees, Fresh & Onlys, Sic Alps, and Ty Segall. One of the best shows I'll ever witness, no doubt. Just had the poster framed and remembered how much I loved this band. (DT)

In typical fashion for one of Animal Collective's founders, Noah Lennox (aka Panda Bear) is releasing his next album in a highly unique way. Tracks usually pop out of nowhere or are leaked one at a time. This go-round, he's going with a combination of an old fashioned medium with modern technology... streaming via local radio stations worldwide. Panda Bear Meets the Grim Reaper will be launched track-by-track throughout the world (effective two-days ago). Read more about it here: http://dominorecordco.com/pbvsradio/

While we wait for a packaged output of those songs, this week's AotW is his 2007 release, Perfect Pitch. Layers upon layers of looping samples and melodic vocal overlays resulted in one of the most critically acclaimed lps in the last 10 years (Pitchfork, Tiny Mix Tapes, Gorilla vs. Bear, Stylus).

In preparation of their performance at The Grad on Sunday evening, we'll celebrate Sylvan Esso.

Wikipedia: Sylvan Esso is the eponymous debut studio album by American electropop group Sylvan Esso, released May 12, 2014 via Partisan Records. The band consists of singer Amelia Meath (of Mountain Man) and producer Nick Sanborn (of Megafaun). As of July 2014, the album has reached #39 on the Billboard 200 and #7 on the Independent Albums chart.

I was about to write something that conveyed how much I look forward to this episode while providing some background on our guest, but he did a much better job than I could have at explaining things in an email sent to fans this past July. Good news! You can catch his live set a few hours later at Witch Room in Sacramento in support of Two Sheds. -Danny

In 2006, 07 and 08 I played bass and sang in Oakland indie-folk band Port O'Brien.  You might remember our song "I Woke Up Today"; it was a crazy and fun sing-along and during our shows we invited the audience to shout with us and bang on a bunch of pots and pans we'd drag on stage in a wooden box. Here I am in the video for the song; I'd like to note that I broke my toe during the shoot (at least it was for a good cause).

For people who know their Senegalese music, Orchestra Baobab's Pirates Choice is the Holy Grail. By the time this music was recorded to four-track in 1982, the immensely popular band had been playing nightly for years at a Dakar club called Baobab. But legendary status in Senegal didn't help the musicians get wider attention - the album wasn't released in Europe until 1987, and it only now comes to the U.S. for the first time (2001).
Latin music was popular in Dakar, a port city, and the band mixed various strains of Latin music with different African music styles to create uniformly stunning results not all that different from Afro-Cuban music. The French vocals are lovely, and the powerful mix of African and Latin percussion is undeniable--but keep a particular ear out for guitarist Barthelemy Attisso, whose tasteful leads float over the top.

In preparation of their gig at Sophia's (Saturday night), two members of local band, Sometimes Warren, will be visiting the studio. Danny would otherwise be flying solo and frankly, that idea scares him.

^ Musicians may be larger than they appear. Tune in 5-6pm to hear just how big!

As described about their set on Saturday: "We've got the whole night at Sophia's! Come join us for an intimate night of rock, folk, funk, soul, and other stuff. Hope to see you all there!"

Interpol's fifth LP, El Pintor, is to be released on September 9. On Thursday, July 24, from 6-7 pm, we'll revisit their debut album, which to many fans remains as their favorite, not only within Interpol's discography but among all albums realeased in the first decade of the new millennium. Just enough darkness, guitar, bass, drums and vocals to keep you engaged for the hour. Oh, it's up to me now...