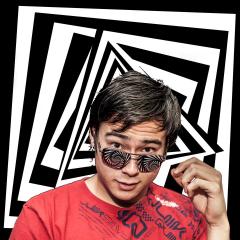 Since then, he has been perfecting the art of electronically generated music that often involves guitar, bass, vocals and whatever else comes to mind. He strives to bring new, innovative and likable styles to the surface of electronic music. Hence the play on experiment, XPiRiMiNT sets out to try new things and have the freedom to make any style of music he wants.

However, Justin has it in mind to start new projects under new names, incorporating more of his songwriting and singing abilities that he is still working on.