Live Tracks, March 18, 2021: Upbeat equinox with the harmonies of Duval Speck, and Brazilian jams of Boca do Rio

Featuring all live recordings of local artists, this special episode celebrates the renewal of Spring with the lively harmonies of Davis duo Duval Speck, the Brazilian space-funk of Boca do Rio, the world beat of Yolo Mambo, and the bossa nova/samba sounds of Son Nosso, whose members hail from Brazil, Sweden, Mexico, and Davis. 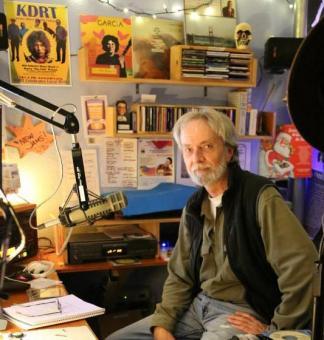 Jim came to Davis in 2004, after residing in New Mexico for thirty years. He has been with KDRT since the first day of broadcast September 24, 2004.