Listen to the complete interview and music NOW, http://www.kdrt.org/node/12889

If you ask anyone in Davis who influences the music scene locally, a good bet would be that the name KEVIN WAN will pop up. Yes, KEVIN will spend an hour with us talking about himself, the music business and how the city of Davis responds to live events. Kevin of course is the driving force behind Sophia's Thai Kitchen so a little food talk might also pop up.

Listening Lyrics is excited about this show especially since the play list will be KEVIN'S selections. Want to know what KEVIN listens to - well then - tune in this Friday

If you have been around town to some of the open mics for singer/songwriters you have probably seen Dan Dressen. Dan likes to paint a picture with lyrics and his guitar. Dan is a Davis resident and we are thrilled to have him spend an hour with us to chat about his music. he will also be performing some covers of his favorite songs.

Talk about a special hour, this is one guest I have been looking forward to - ANDY LENTZ

With a background in classical violin, bluegrass, and country, Andy adds depth and fire to any ensemble. He has performed and recorded with many artists including The Devil Makes Three, Rita Hosking, The West Nile Ramblers, The Brothers Comatose, and Nicki Bluhm. After many years of performing in California, Andy relocated to Austin, Texas in 2011 and began playing with Silas Lowe, The Sieker Band, Cornell Hurd and many others. 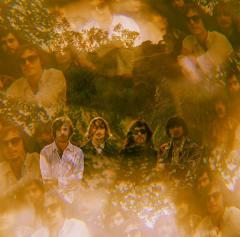 From Los Angeles the MYSTIC BRAVES will be in the studio. An interesting group since their music is a mix of the today and of the past going back into the psychedelic 1960's. 4 young men creating a stir in the west coast music scene. The whole hour will be dedicated to hearing this extremely talented groups music and digging into their story.

Vist the MYSTIC BRAVES at www.mysticbraves.com 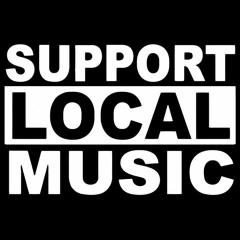 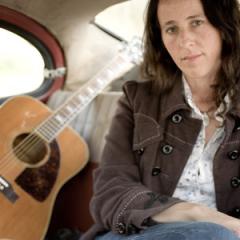 Rita Hosking sings about forest fires but it is her that is setting the folk music scene on blaze. Her new album "Little Boat" appeared as #7 on the folk music charts and her single "Parting Glass" as #3. So listen in this Friday as we spend an hour with Rita and her guitar.

This past weekend I was invited to see and hear some live music at a new coffee shop in town. Nat Lefkoff was the first act and he blew me away. His vocals, lyrics, stage presence and a touch of mischief made him an instant must for this show. Fortunately I had an opening so get ready to spend an hour with Nat.

Nat will also be introducing his new CD.

You can visit Nat at http://natlefkoff.bandcamp.com

This week we are thrilled to have Evan Daly with us for a whole hour. Evan is the music man of Davis. He is involved with the local music scene, including the band, THA DIRT FEELIN; he co-founded ROCKBAND UNIVERSITY, which takes teens to a new level as on-stage performers; and teaches music in Davis.

The one thing we cannot show you is Evans' awesome stage presence--he knows how to get the crowd involved while expertly slipping his fingers over his guitar, showing us some slick licks.

So join us as we hear and talk with Evan.

Listen up Davis, your in for a treat with Jonathan Record. 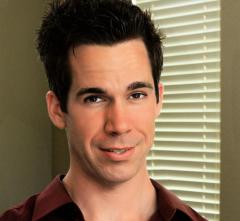 Jonathan Records is a newly established poet in the Sacramento community. Singing, storytelling, eloquent speech, acting, teaching, he combines it all in one through his unique gift of poetry. His teachings are inspirational and spiritually based to benefit all people as he centers his teaching around the knowledge of the heart and mind. Using his own personal story, he shares messages that he has lived. His faith as a Christian has helped him to come to the understanding that he has. He is an experienced minister, speaker, vocalists, teacher/youth mentor, musician. He has a Bachelor of Arts Degree from Bethany University. He is social, relational, and intellectual. He is bilingual in Spanish and English and has had much cross-cultural experiences traveling Latin America. He is married to a French speaking African from Gabon, Central West Africa going on 4 years.