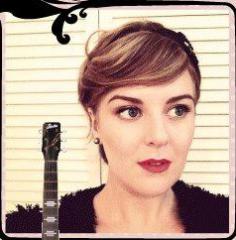 Talk about a special guest. Listen now  - http://www.kdrt.org/node/12129. A singer supreme, a poet in the awesome category and an organizer extraordinaire (a la Davis flea market) that is Lauren Cole Norton. Just read some of the reviews-  “On time and timeless,” “mesmerizing”, and “the beginning of something great” have all appeared in reviews of Lauren Cole Norton’s music. Gesturing to her comfort in styles as diverse as country and jazz, folk and classical, Music Connection Magazine described Norton’s voice as “by turns, sincere and flirtatious”; the songwriting “sophisticated and modern.” She is a recipient of the Jack Kerouac Prize for Poetry, the UC Davis Dean's Prize for Artwork and Performance, and was named an Over the Edge New Writer of the Year, 2011. Her first album, “What Ails You” was released in 2012 and was recorded at the famed Hangar Studio in Sacramento.