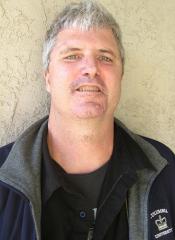 Joel Davis is a hometown Davis journalist whose book “Justice Waits: The UC Davis Sweetheart Murders” played a key role in solving the 1980 Davis kidnapping and murder of “two stellar kids,” UC Davis students John Riggins and Sabrina Gonsalves. In December 2012, 32 years to the month after the slayings, a Sacramento Superior Court jury convicted Richard Hirschfield of first-degree murder for killing Gonsalves and Riggins, who were both 18.

Joel appears on Davisville today to talk about the resolution of the case, which is, in a sense, the resolution of his book. He discusses the verdict, and why it took a third of a century to identify and convict the killer. He also discusses Parkinson’s, which struck him while he was writing “Justice Waits”—and led him to write a powerful first-person account of his resulting brain surgery, “The heart of the (gray) matter,” for the Sacramento News and Review.

I'm a journalist at heart, although that's no longer how I earn my living. I started Davisville in 2008 so I could interview people about events, stories and situations involving Davis. My guests so far include town leaders (elected and otherwise), musicians, businesspeople, a former Alcatraz convict, foster parents, students, people who work in the media, authors, a survivor of Auschwitz, a survivor of Jonestown, a World War II infantry combat veteran, comics, the commander of the USS John McCain--basically, anyone doing something interesting with a connection to Davis, especially if the interview has a good chance at presenting new information about whatever the subject is that week.